On Twitter, JREF President DJ Grothe made me aware of a blog post written by John Horgan at Scientific American entitled “Brilliant Scientists Are Open-Minded about Paranormal Stuff, So Why Not You?”. You won’t be surprised to hear that I have a few problems with that article. The title alone set my skeptic senses tingling. The “Brilliant scientists…” bit smacked of an appeal to authority, and the “open-minded” part immediately got Tim Minchin singing in my head.

Once I started reading the article, it didn’t fail to disappoint on the logical fallacies front. Straight away it mentions that Alan Turing believed in telepathy, and goes on to state that Carl Jung was a proponent of synchronicity (coincidences). I’ve already written about this, but it’s worth repeating: having an excellent scientific mind does not make you immune to irrational beliefs. In science, ideas are judged on their own merits, not by the individual who proposes them. For example, the double Nobel prize winning scientist Linus Pauling believed that taking copious amounts of Vitamin C (overwise known as megadosing) could ward off colds and even be used as a cancer therapy. But today, modern medicine does not recommend such a use of Vitamin C. Why? Because it was tested and found not to work.

That’s an absolutely key part of science: the ability to test. The “paranormal” on the other hand, is by it’s very nature not testable. If it was, it wouldn’t be paranormal, it would just be normal. We would be able to test it as a part of science. I’m very much of the opinion that declaring something to be “outside of the limits of science”, as Freeman Dyson does, is nothing but a cop out, reminiscent of the creationist cry of “God did it”. The article also quotes Brian Josephson:

Yes, I think telepathy exists, and I think quantum physics will help us understand its basic properties.

This is another example of the fact that having a Nobel prize doesn’t stop you from getting science wrong, as Josephson has done here. In short, you need to demonstrate something before you can start explaining it. Calling on quantum physics to explain telepathy is a pointless endeavour if you can’t demonstrate telepathy in the first place! 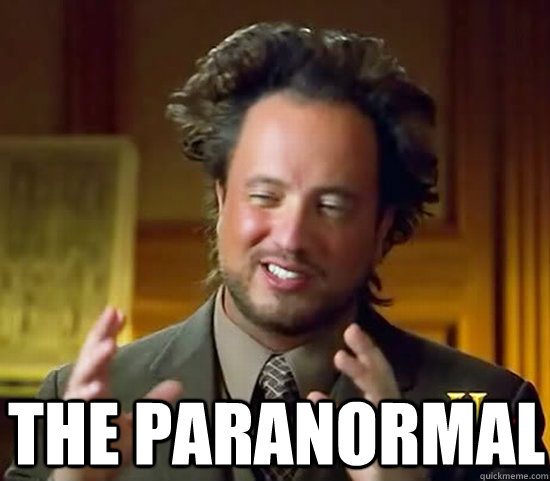 So, onto “open-mindedness”. A particular problem I have with the article is that Horgan says the following about psychologist William James:


I love James, who throughout his career achieved a rare balance between skepticism and open-mindedness.

I find the idea that skepticism and open-mindedness are contradictory  to be rather bizarre. It seems as if Horgan is making the classic mistake of confusing skepticism with cynicism. To be skeptical of something is to question it. If your questions are answered and you accept what is being presented, your are still skeptical! On the other hand, being open-minded should not mean that you just blindly swallow everything anyone says. When it comes to the paranormal, I am open minded. I’m open minded to good quality, repeatable, peer-reviewed evidence.

Hogan finishes with a position which I always rather irritating:

Unlike the boring, foregone conclusion of the Higgs boson, the discovery of telepathy or telekinesis would blow centuries of accumulated scientific dogma sky high. What could be more thrilling!

For a start, I’m pretty sure the discovery of the Higgs boson was never a “foregone conclusion” and it certainly wasn’t boring (not to me anyway), but it’s the wishful thinking that really annoys me. In science, you have to have a precedence to do something. You wouldn’t say “I dreamed that jelly beans cure cancer, so I’m going to set up a multi-million dollar trial to see if they do”. In the case of the Higgs boson, the mathematics behind it provided a very elegant hypothesis which was tested at CERN. Things like telekinesis are tested, but are repeatedly found to fail such tests. Whether or not it would be thrilling if such phenomena exists is irrelevant. It would be thrilling for me if an enormous diamond was buried under my house, but that doesn’t mean I’m planning to have my house leveled and a diamond mind built now does it?