The Question Explore Discover conference (QEDcon) is merely days away. Last year’s was a fantastic spectacle of science, skepticism and having a laugh with friends old and new. If you want, you can hear some recordings I made, where I’m mostly jumping around like an excitable puppy. This year should provide more of the same (except I’ve calmed down a bit), but there was one panel in the schedule which particularly caught my eye: the “Science versus Skepticism” panel.

I read the title and straight away thought “Hang on, science VERSUS skepticism? Surely skepticism is based on the application of the scientific method?”. Then, I read the blurb and realised that throughout history, many scientists have and do hold views that are in contradiction of scientific evidence. In preparation for the panel, I thought I’d go over some of these historical figures and where they venture into the realm of woo. 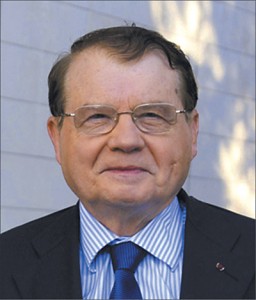 In 2008 Luc Montagnier (along with Françoise Barré-Sinoussi and Harald zur Hausen) received the Nobel Prize in Medicine for the discovery of HIV. His role in our understanding of the virus was pivotal, and helped greatly in the fight against HIV/AIDS.

However, in 2009 Montagnier produced a couple of very controversial research papers which reported the detection of electromagnetic signals in highly diluted and agitated solutions of DNA. Of course, homeopathy sympathisers like Dana Ullman jumped all over this, even though it offered no support for homeopathy. Critics such as PZ Myers pointed out the many flaws and suspicious circumstances of the research, including the fact that there were just between 72 hours between submission and publication and that the chairman of the editorial board of the journal in question was Montagnier himself! 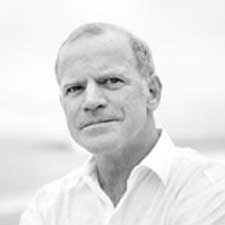 Pretty much every biologist who has worked in a lab for the last 20 years should know who Kary Mullis is. In 1993, he was awarded the Nobel Prize in Chemistry with Michael Smith (I’ve worked in a building bearing his name) for the development of the Polymerase Chain Reaction (PCR). Through this technique, it is possible to amplify specific DNA sequences. This ability has made a myriad of techniques possible, such as DNA fingerprinting, and PCR machines are ubiquitous throughout labs around the world.

Outside of the lab, Mullis has dabbled in various pieces of pseudoscience, from his belief in astrology to climate change denialism and AIDS denialism. He even wrote the foreword to “What If Everything You Thought You Knew About AIDS Was Wrong?” by Christine Maggiore, a very tragic case. 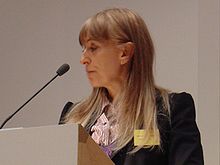 Susan Greenfield is a scientist who specialises in brain physiology, researching diseases such as Parkinson’s and Alzheimer’s. She sits in the House of Lords as a cross bencher, and was director of the Royal Society from 1998 to 2010. She has done much for the public understanding of science, and has presented the Royal Society’s Christmas Lectures.

Recently, Greenfield claimed that social networking sites such as Facebook and Twitter were bad for children’s brains. Ben Goldacre quickly pointed out that it’s wrong to make that kind of claim without evidence and submitting to peer review, especially when the claims are on such a grand scale. 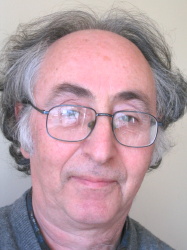 Hopefully you’ll have seen a pattern by now! Brian Josephson is a Nobel laureate, receiving the Nobel prize in physics in 1973 for predicting an effect that now bears his name.

Yet, when he was asked to write for the Royal Mail about a set of stamps to commemorate the centenary of the Nobel prize, he took the opportunity to mention that physics may one day explain telepathy. He has also leant his support to the ‘E-cat’ machine, which is supposedly a thermonuclear reaction that fits on a coffee table. 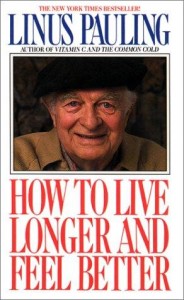 Linus Pauling is perhaps the most famous case of a high-profile scientist turning to the dark side of woo. There’s no way I can do his achievements justice in a few short paragraphs, but hopefully you’ll get an idea of his greatness when I say that he’s the only person to have received two unshared Nobel Prizes. His contributions to chemistry are too numerous to list, and he was also a great peace activist, winning the Nobel Prize for a study that showed the damage overground atomic weapons tests were causing.

Sadly, as he got older he fell for the woo of megadosing on Vitamin C. This involves ingesting huge quantities of Vitamin C in the belief that it can ward off colds and even treat cancer. Although Pauling published papers to support his ideas, clinical trials conducted by the Mayo Clinic provided evidence that Vitamin C was in fact no better than placebo at treating cancer. Despite this, Pauling continued to research and promote the use of megadoses of Vitamin C, starting the quackery of orthomolecular medicine.

What causes respectable scientists do delve into quackery? I’m looking forward to this and other questions being discussed at QEDcon!