With Andy Russell, I seem to have gotten in a little hot water with Hayley Stevens over a rather ill thought out and throwaway comment I made in my QEDcon review:

Hayley, if you are reading this I’d like to apologise for the above comment. I know that you do some sterling work in investigating ghosts, and it’s important to dispel myths regarding them, stop people from being exploited and reassure them that they aren’t being haunted.

I’m from a science background, so naturally I’m going to be drawn to the scientific aspects of skepticism. I find it very difficult to even consider the existence of ghosts because the mere notion of anything like a human being in ‘spirit form’ being able to communicate with our ‘realm’, to be ludicrous. People have been wishfully looking for ghosts for such a long time now, and any reported ghost sighting is usually easily explained by rational investigation. That’s why, when it comes to looking for ghosts, I stupidly dismissed it with “ghosts don’t exist, move on”.

However, I’m well aware that some people DO believe in ghosts, but the study of ghosts themselves and the study of the psychology of people who believe in them are two very different things. It is important to try and teach people the scientific method so they don’t become scared by something that doesn’t exist (you could say the same thing about religion).

It’s my own personal view that within the broad church of skepticism (and it is a very broad church, that’s why I love it) the issue of ghost believers, although interesting,  is way down the pecking order when it comes to targets of skepticism. Alt med (homeopathy in particular) gets attention because the NHS wastes millions on it, and it’s use in place of conventional medicine can cause people to die. Creationism is a target because it’s accepted by millions of people and it hinders scientific progress and the public understanding of science. The antivax brigade gets attention because they kill people. In contrast, I don’t see ghost belief to be anywhere near as serious. Put it this way, if ghosts were available on the NHS I’d be furious.

I agree with Kash Farooq‘s take on this, but I’d like to take this opportunity to show how it isn’t easy to dismiss certain issues: 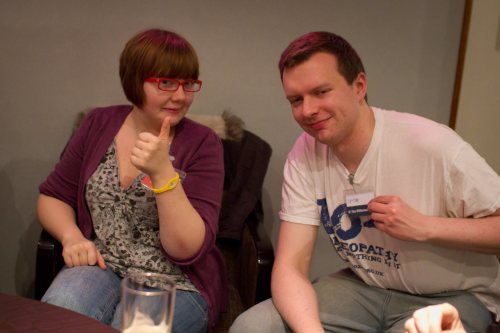