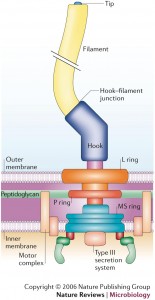 Many people may consider the notion of Intelligent Design as a mere annoying polyp on the arse of science, something that was crushed long ago. Well, recently the Center for Intelligent Design was founded to promote ID in the UK. I predict that this new institution will fizzle out and die within a short while, but at least it gives me an excuse to write about ID. Here, I’ll give a brief overview of ID, why it isn’t science, and a little history.

Intelligent Design “theory” states that certain biological features cannot be explained with naturalistic processes, and therefore must have been designed by an “intelligent agent”. Of course, as ID is nothing but a watering down of Christian creationism, pretty much all ID proponents identify the “intelligent agent” as God. ID is supposed to be a scientific alternative to the theory of evolution.

Taken on it’s own merits, it is clear that ID does not qualify as science for one simple reason: it invokes the supernatural. Saying “GODDIDIT” to explain anything, as ID does, is the intellectual equivalent of hitting yourself very hard in the face with a frying pan. It can only be embarrassing and detrimental. Secondly, there is no process of discovery in ID, it is one big dead end. Scientific investigations always lead to more questions. If evolution occurs, how does it occur? Does it occur in bursts or is it constant? What are the mechanisms involved? Etc etc. However, ID proponents tend to think along the lines of “this was designed by an intelligent agent. We cannot identify the intelligent agent, so lets go home and have some tea”. Again, science doesn’t stop.

ID does not follow the standard scientific protocols of hypothesis, experimentation, theory etc, instead relying on two logical fallacies. The first is an argument from incredulity, along the lines of “this is really complicated, I can’t understand how it could have evolved, therefore something must have designed it”. The second is a simple false dichotomy: “Life must have arrived either by evolution or by design. It is too complex to have evolved, therefore it must have been designed”.

Proponents of ID will claim that it is scientific in basis and not religious. However, a brief glance at the history of ID shows otherwise. To counteract evolution, Christians in the USA wanted to teach creationism in science classes. The 1987 Edwards v. Aguillard legal case found that teaching creationism in the science classroom clearly goes against the Establishment Clause of the US constitution, which states that the state will do nothing to promote or hinder religion (otherwise known as ‘separation of church and state’), as it promotes Christianity. In order to get around this, Christians came up with the “theory” of Intelligent Design, removing any references to creationism and God in their literature. In fact, in the textbook “Of Pandas and People” they simply replaced the term “creationist” with “design proponent”. It’s even possible to see the term “cdesign proponentsists” in some editions!

Although teaching of creationism in the science classroom was declared illegal in the USA back in the 80’s, Intelligent Design itself wasn’t tested in the courts until 2005. The school board of Dover, Pennsylvania, required biology teachers to read out a pro-ID statement whenever evolution was taught. The parents of several children objected to this statement, and sued the Dover Area School District. The trial was presided over the Judge John E. Jones III, a conservative judge appointed by George W. Bush himself. If anyone was going to be sympathetic towards the Christian cause, it was going to be him.

The trial saw a cavalcade of superstar witnesses from both sides of the debate. The judge was essentially given a series of scientific lectures on evolution by the witnesses for the plaintiffs, and a succession of tedious apologetics by the defense. In the end, the judge ruled heavily against ID, concluding that “the religious nature of ID [intelligent design] would be readily apparent to an objective observer, adult or child”. He was scathing towards ID, even referring to the “outright lies” of the defendants in his final decision. Following the trial, the school board was voted out at their next election. A PBS documentary on the Dover trial is available to view online.

One of the star witnesses for the defense in the Dover trial, Professor Michael Behe, is set to embark on a lecture tour of the UK. Sadly for myself, he won’t be coming anywhere near Liverpool, but I would love to challenge him on one of his pillars of ID, the bacterial flagellum. Behe claims in book “Darwin’s Black Box” that this tail-like structure, involved in locomotion, is far too complex to have evolved via natural selection. He uses it as an example of what he calls “Irreducible Complexity” and argues that it qualifies because if one protein element is removed from the flagella, then the flagella fails to function. Therefore, it could not have evolved.

I find Behe’s arguments to be incredulous for the following reasons: firstly, in science you can never just say “I’m right until you prove me wrong”, as Behe does with “Irreducible Complexity”, you have to provide positive evidence to support your position. Second, Behe shows a lack of understanding of the process of evolution when it comes to the bacterial flagella. It has been noted that the bacterial flagella is similar to the Type III Secretary System. The existence of this structure, part of theories on the origin of the bacteria flagella, put pay to Behe’s idea that it could not have evolved.

So, that’s my intro to ID! Guess I’ll keep an eye on www.c4id.org.uk, for however long it hangs around…