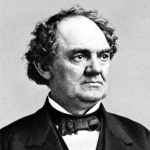 Recently Project Barnum, a group campaigning against psychics, was launched by RI podcast host Hayley Stevens. I totally agree with the aims of the group, and I’ve signed their petition calling for theatres to consider the evidence and think twice before allowing a psychic to perform at their venue.

There’s been some debate in the skeptical community on whether petitioning theatres to stop hosting psychics and mediums is the right thing to do. Deborah Hyde, editor in chief at The Skeptic Magazine, has argued that it’s illiberal to “restrict information or services” and that it’s “a proposal to suppress the distribution of a certain worldview”. I couldn’t disagree more.

On that first point, it’s important to realise that true psychic abilities, especially talking to the dead, are impossible. Therefore, anyone who charges money and gives out what both they and their customer genuinely consider to be messages from dead relatives, is committing fraud, plain and simple. Now I would describe myself as a liberal, that doesn’t mean I support letting anyone do what they want when they want at any time. In my opinion, it’s not illiberal to protect people from fraud.

Secondly, I find the idea of “suppressing the distribution of a certain worldview” to be a bit of an odd point. I’m more used to hearing the term “worldview” from creationist circles, where the phrase “only in your worldview!” is trotted out to dismiss the theory of evolution. I can’t see how it’s justifiable to protect a fraudulent act by describing it as a “worldview”.

Michael Marshall of the Merseyside Skeptics does a great job in spelling out the case against psychics on Deborah Hyde’s blog, and Mike Hall has written an excellent piece, pointing out the parallels between Project Barnum and the 10:23 campaign against homeopathy.

As far as I’m aware, Project Barnum was brought to life following allegations of fraud against Sally Morgan, when someone claimed to see her being fed information through an ear piece during a show in Dublin. Now, I can’t say whether the allegations are true or not, and as a skeptic I’m aware that anecdotal evidence is the worst kind of evidence, and everyone is innocent until proven guilty. I believe that something like Project Barnum is long overdue, but if the Sally Morgan incident is a good catalyst for it, then so be it.

So, what are my issues with psychics? I’m aware that it’s quite a broad church, so for simplicities sake I’ll stick to the supposed ability to communicate with the dead. Now, I’m hoping that this is one of those situations where I don’t have to explain how ridiculous this concept is. Either way, no one has ever demonstrated a genuine ability to talk to the deceased under controlled conditions. If they could, it would turn our understand of nature on it’s head, and the psychic in question could easily walk away with $1 million from James Randi. As it is, we can safely conclude that the ability to talk to the dead is an impossibility of fantastic proportions, and anyone charging money for it is a fraud.

Although psychic abilities are either impossible or incredibly unlikely, it is possible to employ trickery to give the illusion of psychic abilities. I’ve no problems with people like Derren Brown using techniques like cold reading in his stage shows, as he makes it clear that it is a magic trick. I believe that cold reading can almost be an art form, and it can take it’s place in any magic show. It’s only when people claim it as a genuine skill that I have a problem with.

So what is “cold reading”? It’s a series of techniques that can be used to convince someone that the reader knows much more about them they actually do. The following clip of Sally Morgan shows her making a huge and pretty funny basic error, but it also shows a very simple attempt at cold reading:

She starts off with the word “barn”. Although that sounds quite specific, it is in fact ironically the beginning of several “Barnum statements” (statements which at first glance look pretty specific, but under scrutiny  they can apply to many people). A barn would mean something to anyone that has ever worked on a farm, anyone who has ever visited a farm, anyone who has seen a film with a barn in it etc etc. She then tries to cast the net wider by expanding it to the names “Bernard” and “Barnard”. Finally, she tries to get the subject to do the work by taking the form of a distressed puppy and asking “Why would he say that?”. So, in those short seconds she exhibits three techniques of cold reading: a Barnum statement, casting a wide net, and attempting to get the subject to do the work. Classic cold reading that anyone can do with some training. 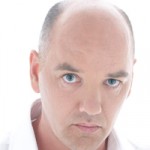 Of course, I couldn’t write about cold reading without mentioning that great friend of the Merseyside Skeptics Society, the man who pops to the toilet, the man who can’t sense child abductors even if he stands next to them, the man who calls skeptics paedophiles, “Psychic” Joe Power. He’s a medium from Liverpool, who made a total fool of himself on “Derren Brown Investigates”. The show includes a detailed explanation of the techniques of cold reading, and I can highly recommend it to anyone who’s keen to know how psychics commit their fraud. It’s available on 4od.

In conclusion, I’m supporting Project Barnum as I believe something needs to be done about psychics.