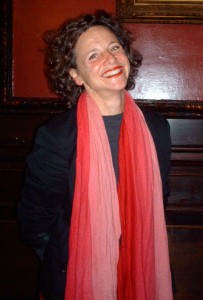 The evening of Wednesday the 27th of October 2010 the Merseyside Skeptics Society hold one of their regular ‘Skeptics in the Pub events’, set as always in the grandiose Vines pub in Liverpool, a stones throw from Liverpool Lime Street station. The guest speaker was one Elizabeth Pisani, epidemiologist and author of The Wisdom of Whores, a controversial book about HIV/AIDS.

Elizabeth took us through her work on the spread and prevalence of HIV, explaining the people who became infected in the 1980’s, how the virus spread, and what could be done to prevent it. Each point was very eloquently made, and well backed up with solid data.

The core of the talk was fascinating, but that wasn’t the only reason why I found the talk as a whole to be completely engrossing. There were many important lessons to be learned. Firstly, we saw that most of data lead to some conclusions that the “Politically Correct” would find pretty ugly. However, Elizabeth wasn’t at all afraid to tell us of these conclusions, simply because they were supported by good evidence. Secondly, we were told that to raise money for HIV research, the whole issue of HIV had to be made politically attractive. In a sense, the science had to be somehow sacrificed to appeal to a wider audience. This was partly accomplished by some sneaky data presentation. I found it amazing how a graph could be made to tell a different story just by changing the X axis from absolute values to percentages!

The Q and A following the talk was very lively, with Elizabeth answering a wide range of questions. Treatment plans, the effect of treatment on the spread of the disease, the role of religion and the destigmatization of AIDS patients were all covered. Elizabeth continued to be charming and engaging throughout.

Overall, I found this to be one of the most intellectually stimulating ‘Skeptics in the Pub’ events yet. Highly recommended!

PS – Many aspects of the talk reminded me of a brilliant piece of satire on the Chris Morris show Brass Eye. Here’s “Good AIDS/Bad AIDS“.